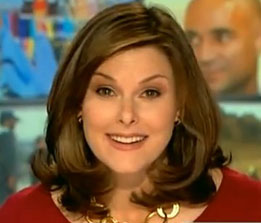 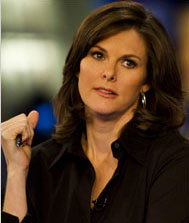 Campbell Brown, of CNN, has been selected as the midlifebachelor.com Woman of the Month for December 2009!

Now I have to admit that I do not usually watch CNN – pretty much the only time I do watch it is when I’m at the gym, and the Elliptical trainer I use happens to be in front of the flat screen that continuously runs CNN.  On one such evening, I saw Campbell Brown’s story and commentary about the White House banning Fox News – and I was completely impressed with Campbell Brown, and what she was saying about how wrong the White House was.  Now I’m not attempting to make any type of partisan statement here by any means.  What I am saying it that I applaud the balls it took for Campbell Brown to step outside of the box, outside of her comfort zone, and criticize the White House for essentially discriminating against one of CNN’s competitors.  I like women with guts – especially hot women with guts like Campbell Brown.

Here is the interview I am referring to.  Check out how hot she is …

Here is what we know about Campbell Brown.  She was born in June 1968 in Ferriday, Louisiana – so that makes her 41 years old.  She attended Louisiana State University, but graduated from Regis University … and then went on to teach English in Eastern Europe.  Campbell Brown has been married twice – her current husband is Daniel Senor, a Republican consultant, with whom she has two children.

Campbell Brown began her broadcast journalism career at KSNT-TV in Topeka, Kansas, and then moved on to WWBT-TV in Richmond, Virginia.  She then had reporting stints at WBAL-TV in Baltimore, and WRC-TV in Washington, D.C. before joining NBC News in 1996.  Before anchoring Weekend Today, she was the White House correspondent for NBC News.  She left Weekend Today in July 2007 on maternity leave, but returned to work later at CNN where she began anchoring CNN Election Center which was renamed Campbell Brown: No Bias, No Bull in October 2008.  In June 2009, the show was renamed simply, Campbell Brown.

If you have not seen Campbell Brown in action, you should give her your attention some time because she really is quite good.  During the 2008 election, she grilled John McCain’s aide, Tucker Bounds, over the choice of Sarah Palin as the Republican VP candidate.  Campbell Brown proved her non-partisanship to me by recently defending Fox News on the whole White House attempt to ban Fox News issue.  In other words, I don’t think Campbell Brown is partisan – I think she is an excellent television journalist.  And we here at midlifebachelor.com declare ourselves to be her biggest fans!

Typically at this point, we attempt to analyze our Woman of the Month pick in terms of the Midlifebachelor.com 14 Types of Women.  Which type or types do you suppose Campbell Brown might be?  Well, she is certainly a Jackpot (see Types of Women – Jackpot) since she is a high income earner.  If you know Campbell Brown personally and/or would to share something about her – please add a COMMENT to the comment section at the bottom of this page!