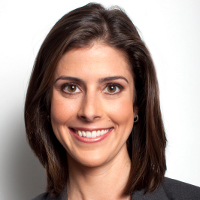 Julianna Goldman, CBS News correspondent in Washington, D.C., has been selected as the midlifebachelor.com Woman of the Month for December 2015!

Julianna Goldman became part of the CBS News team in August 2014.  She previously had been a White House correspondent for Bloomberg News and Bloomberg Television, in addition to being a weekly panelist on “Political Capital with Al Hunt”.  Julianna Goldman has been a national reporter since roughly 2003, and has interviewed President Obama a number of times – including Obama’s first one-on-one interview after his re-election in 2012.

Julianna Goldman was born on May 2, 1981 – which makes her roughly 34 years old.  She grew up in Bethesda, MD, and graduated from Barnard College/Columbia University with a BA degree in Political Science.  She is married to Michael Julian Gottlieb, a former associate White House counsel under the Obama administration, and resides in Washington, D.C. currently.


Typically at this point, we attempt to analyze our Woman of the Month pick in terms of the Midlifebachelor.com 14 Types of Women. Which type or types do you suppose Julianna Goldman might be?  Well, she is certainly a Jackpot (see Types of Women – Jackpot) since she is a high income earner.  If you know Julianna Goldman personally and/or would to share something about her – please add a COMMENT to the comment section at the bottom of this page!