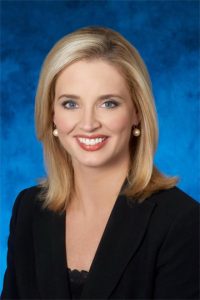 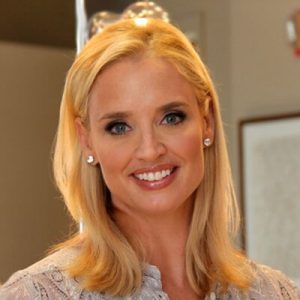 Laurie Dhue, Fox News reporter, has been selected as the midlifebachelor.com Woman of the Month for July 2007!

Here is what we know about Laurie.  She is thirty-eight years old, and is the daughter of the former Vice President of Wrestling Operations for World Championship Wrestling, Bob Dhue.  She attended college at the University of North Carolina at Chapel Hill where she received a Bachelor of Arts degree in Political Science.  She also sang with a women’s a cappella group, the Loreleis as a second alto.  She has been an anchor and a reporter for Fox News Channel since September 2000 … working on Fox News Live, Fox Magazine, and the Fox Report Weekend.  The last time prior to several weeks ago) that I saw Laurie was when she was part of Geraldo Rivera’s “Geraldo at Large” news team.  Bill O’Reilly interviewed Laurie on The O’Reilly Factor back in March of 2006 … not because of any right-wing hype, but because of the tremendous popular support for Laurie’s lips (or at least that is my theory).  I just saw Laurie today (late Saturday afternoon) – she was the news anchor for the Fox Report Weekend.

Now here is an interesting piece of information – according to Wikipedia, Laurie Dhue is 6 foot 3 inches tall.  She would be able to see my bald spot from up there – but I’d be just fine standing directly in front of her.

Here are two videos that show Laurie Dhue talking about her recovery from alcoholism.  If she can recognize the problem and recover, then so can you …

Typically at this point, we attempt to analyze our Woman of the Month pick in terms of the Midlifebachelor.com 14 Types of Women.  Which type or types do you suppose Laurie Dhue might be?  Well, she is certainly a Jackpot (see Types of Women – Jackpot) since she is a high income earner.  If you know Laurie Dhue personally and/or would to share something about her – please add a COMMENT to the comment section at the bottom of this page!