As I mentioned previously, simple recognition and admission that I had chronic E.D. was a huge personal barrier for me to overcome.  My entire adult life I had been the guy who was always chasing women.  Compared to most of my friends, I was the guy who was always changing girlfriends … the guy who was always pursuing someone new … the guy who never had a second thought about pulling a woman’s panties down.  E.D. pretty much changed everything about me – my entire outlook.  All of a sudden, where are my options?  I mean – if the current girlfriend were to leave me, how could I possibly get a new girlfriend (without the ability to perform sexually)?  As it turned out, many of my fears were overblown – but at the time of first experiencing chronic E.D., my mind was running wild with all kinds of dark ideas.

One thing I can definitely tell you about myself – I am one thorough individual.  This is true professionally and personally.  Whatever “it” is, if I’m working on some problem, I always take the necessary steps to resolve the problem or issue immediately.  And so I thought this might be the case with E.D., too.  The first thing I did was look around on the internet, and also in the newspaper.  Frankly, I had noticed an ad in the Los Angeles Times (I believe) for a particular medical group that specializes in the treatment of E.D.  I had never given those ads much attention before, but suddenly trying to find those ads became critically important to me.  I found the ad – it directed me to a website.  Now I’m not going to mention the name of this medical group because I don’t want to give them any free publicity.  Nor do I want to cause them any harm based on what I’m about to tell you.  The ads and the website discuss both E.D. and also premature ejaculation – and state that their medical group is almost 100% effective in treating these issues … with just one doctor’s consultation. 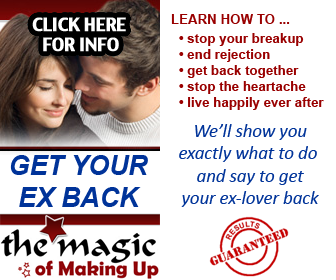 After reading the ads and studying the website, I thought to myself – the problem will be solved with just one doctor’s visit.  There were a couple of things that I failed to notice about the website.  First of all, it never mentioned treating the CAUSE of E.D. – it seemed to focus rather on the SYMPTOMS of it.  When I read the FAQ (frequently asked questions), it discussed Viagra® quite a bit – and the possible limitations of the use of Viagra®.  Hmmm.  The website also featured a series of written testimonials – which all sounded great … they all talked about how the problem was solved immediately, and that sounded GREAT.  One thing the website didn’t explain – the treatment method.  What do they do to you in there exactly?  It never really tells you – and so I thought to myself, well maybe they just don’t want to give away all their secrets on the web or something.  Fair enough, I thought – and so I went ahead and made my appointment.

The day of the appointment came – and I found myself inside a doctor’s office in Orange County, California.   After checking in with the receptionist, I was led to a private waiting room – which was great because I was embarrassed as hell to be in there to begin with.  The doctor came in, and spent roughly an hour talking to me about the physical causes of E.D. – the lack of blood flow to the penis.  He also spoke at length about preparing myself mentally for the ability to once again have sex successfully.  I remember him telling me that I was about to be cured – and that after I left the office, I needed to start having sex regularly with my girlfriend … and that I had to always tell myself that I was happy to be doing this with her, to be excited about it, to look forward to it, to be mentally prepared to do it, etc.  He suggested that we have sort of a sex schedule – and to be sure to romance it up as much as possible.  I recall thinking to myself, “Wow – this treatment must really be something for this guy to be preparing me for such sexual success.”  Next he took me to a treatment room for an “examination”.  He examined my organ – which frankly made me uncomfortable, as I was (once again) embarrassed as hell.   Fortunately I was able to look past the embarrassment because I had HOPE within my reach.  All the talking the doctor had done the hour or so before had given me HOPE – and I was fairly excited that I was about to learn how my life-restoring cure was about to happen.

The Real Shocker  After the doctor told me that my penis appeared healthy, he explained to me that he is going to administer a vasodilator – which is a drug that causes one’s blood vessels to dilate, or open up and become engorged with blood.  He said the treatment is fool-proof – it works one hundred percent of the time.  Next he throws out the real shocker – he will administer the vasodilator locally by giving me an injection directly into my penis.  OH MY GOD – WHAT DID HE JUST TELL ME?  I confirmed what I thought I just heard – “You are going to put a needle into my penis?”  “It’s painless,” he responded.  At this point, I had what I would call a major panic attack – I felt my face become flushed, my heart started racing, my breathing became fast and labored, my mind started going crazy, and my overall anxiety level reached a new lifetime peak.  I stammered out something like, “Could you please give me a moment – I think I’m having a panic attack.”

The doctor gave me the time I needed.  I basically had to calm myself down, and started thinking about the importance of why I was there to begin with.  If I bailed out at that moment, the whole trip there would have been for nothing … and my girlfriend was expecting me to come back with SOMETHING.  So I composed myself, and told him to proceed.  It actually didn’t hurt anywhere near as much as I thought it would.  There was more apprehension on my part than was necessary – just the idea of sticking a needle into my penis gave me the willies.  Sure enough – within minutes of the injection, I had a hard-on that was completely unstoppable.  And when I say unstoppable, I mean nothing would make it recede.  I didn’t try jacking off or anything – but it was clear to me that in a completely non-sexual setting, here I sat with major wood.  The doctor confirmed with me that the desired result had been achieved – and the answer was “yes”.  He then gave me a Sudafed pill (of all things) in order to counteract the vasodilator.  [I guess Sudafed constricts one’s blood vessels – which is an interesting point.]

So next came the sales pitch from the doctor.  Although the cost of the visit was only around $100 or so – the price for the minimum number of injections (including the needles) was around $1200.  Now it all made sense to me – this medical group makes its money by selling the needles and the vasodilator medication.  Because I was extremely vulnerable and ignorant of other medical approaches, I went ahead and paid the $1200 – and was sent on my merry way.  It started to sink in on the drive home that I was going to have to stick a needle into my penis every time I wanted to have sex – and the thought just made me cringe. I went home, and explained the whole thing to my girlfriend – and told her that I think if I have to do this every time we have sex, that I’d rather just kill myself now.  Obviously I was joking about suicide – but I was not joking about not wanting to give myself these injections.  The truth is 0 even though I shelled out the $1200, I threw away the needles and the vasodilator medication without ever having used it once.