Skip to content
Crazy Woman Example – She Hates Your Friends 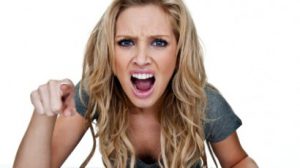 Some women make your life hell in all aspects – but others are more selective.  Jealousy is a particularly nasty trait, and is difficult to overcome.  Jealously can manifest itself in many forms – the most generic is when a woman cannot stand anything or anyone who takes your attention away from her.  [Women in this extreme can be characterized as “high maintenance” and/or as an “attention whore”.]  My buddy, Greg, has a very jealous wife named Tiffany.  Now Tiffany is an exceptionally good-looking woman who should have no reason whatsoever for being insecure – but she is, and one way that this insecurity shows itself is how she has isolated Greg from all of his friends, and often from his father, too.  In each case, she has exposed some (previously unknown) tragic flaw with each of us – and used this flaw as the justification for insisting that Greg not hang out with us.  In my case, she doesn’t like my sense of humor.  In Greg’s father’s case, she insists that he drinks too much and takes financial advantage of Greg all the time.  For a while, Greg bought into these ideas of Tiffany’s – and he pushed several of us out of his life.  But as time went by, Greg eventually saw the situation from a higher level, and was able to understand that his wife is crazy!  [Greg is now SOMETIMES allowed to hang out with me.  And Greg’s father is now SOMETIMES allowed to come over to Greg’s home.]  The real bottom line is that Tiffany is jealous of anyone who takes Greg’s attention away from her – because she is a jealous attention whore!   Wow – it felt good to say that!

Now sometimes jealousy is not quite as all-encompassing as the Greg-Tiffany situation.  The live-in girlfriend I had named Regina (the one who was constantly looking for evidence of me cheating on her) was much more focused on my interactions with women … including and especially my female friends.  It so happened about the time that Regina moved in with me – that I had been hanging out a lot with a very good female friend named Krista.  Krista was a neighbor of mine – she lived around the corner, and we had become friends because we shared a common interest in riding jet skis.  Krista and I had been friends for several years – we had gone on jet ski trips together (bringing along our respective boyfriend/girlfriend, as well as a pack of other people, etc.).  Krista was about eight years younger than me – and was fairly attractive.  But my friends and I used to joke privately that Krista was really a man … because she had kind of a hard attitude, tended to bark out orders, plus she had fairly broad shoulders, and typically burned through boyfriends at a rate faster than the rest of us did with our girlfriends.  [We gave her the nickname “Roadkill” – because she would (figuratively-speaking) roll right over them, and leave them behind in her rear-view mirror.]

There was absolutely nothing ever sexual going on between me and Krista – never.  Not even when neither of us was dating anyone.  I truly viewed Krista as “one of the boys”, as that was the type of person she really was to me.  She was a very good friend.  However, when Regina moved in and noticed that Krista and I would talk on the phone, and hang around together – things crashed and burned in a hurry.  It wasn’t more than a few weeks before Regina accused me of sleeping with Krista … and insisted that I terminate my friendship with her.  Since I had proposed to Regina, and fully intended on marrying her – I proceeded to make two giant mistakes:

• I agreed to terminate my friendship with Krista, at Regina’s insistence.
• I came out and told Krista that I could no longer be friends with her because Regina didn’t like it.

Terminating my friendship with a woman at my girlfriend’s insistence was a very bad move – primarily because it set a precedent for future friendship governance by Regina.  In other words, from that day forward, two things were expected of me … first that I would have NO female friends, and second that she would have a say-so on who my friends could be.  Trust me – you never want to give a woman that much power, as it has nowhere to go but further downhill for you later on.

Explaining to Krista why I could no longer be her friend was my second stupid move.  Remember that Krista was “one of the boys”, and imagine telling one of your buddies that you can no longer talk nor hang out anymore … you are “breaking up the friendship”.  I said that Krista was man-like – and this especially applied to her language.  She gave me verbal grief just like any of my male buddies would have done – she called me a wimp and a pussy, … she said that any girl that made me ditch my friends was a crazy bitch.  At the time, I told her, “I know, I know … but I have to do this … please don’t cause trouble.”  Krista did go away as I asked her to do … but after Regina eventually moved out some four months later, I was eating my words around Krista.  And my friendship with Krista was never, ever the same after that episode.

The second lesson I learned from the Regina-Krista situation had to do with me going to Krista (my friend), and telling her I could not talk to her nor hang out with her anymore because Regina objected.  The real lesson is more high-level than the details of this episode … and that lesson is when you have to do something you know is stupid, don’t announce it!  Otherwise, you will receive a lot of scrutiny and grief over it – as I did with Krista.  It would have been better for me to have handled such a situation (where I was being a hen-pecked puss) much more quietly … maybe by phasing Krista out by not calling her back, etc.